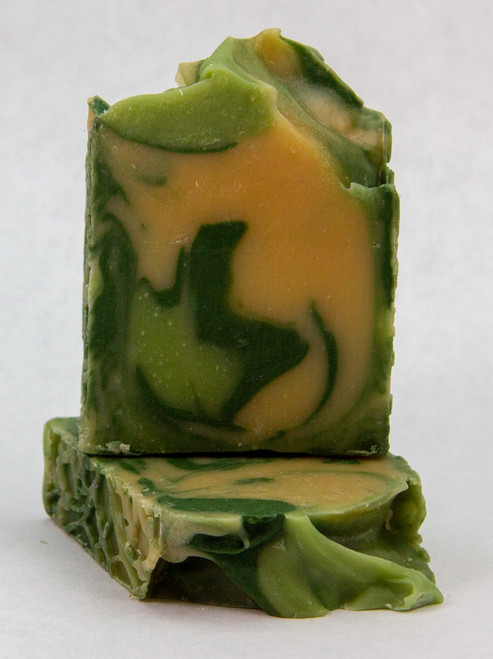 Our 1350 Oil Soap has a rich and interesting, if somewhat dubious history. As the story goes, it was first concocted in France in about 1349 AD to protect against the Black Plague. Its formula was posted on walls in Marseille so people could make it themselves.

Our formula comes from a manuscript written in 1350 in England. It contains strongly aromatic essential oils of cinnamon bark, clove, lemon, eucalyptus, and rosemary. The scent is very spicy and a bit unusual.

The story: Former spice traders, prevented from sailing because of the black plague, began stealing from plague victims, but never caught the highly contagious disease. When arrested, the magistrate offered to go easy on them if they revealed their secret.

Their secret was in the oils they used on their bodies and clothing. Their formula was posted publicly and saved countless lives. For 665 years this formula was widely called Thieves® Oil, but in June 2015 the ancient name was trademarked by Young Living, who began aggressively defending it. Now only they can use the six century old name commercially. C&L had to change the name of our soap to "1350 Oil Soap" to comply, although we remain deeply skeptical of the validity of YL's claim on a six century old name.